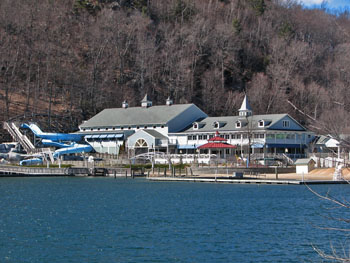 The day opened with an introduction from Russ and a special thanks to the Assistant Regional Reps. Hannah Harrison was introduced form the NY region. There was a get-to-know you game with a goal to find people that have road all the scheduled ERT Coaster Con coasters, Goliath in 2012, going on ACE Euro tour, etc. The park served cheese pizza and salad. They then played videos while everyone ate.

The raffle was held throughout the event with items like park tickets, Untamed magnets, and other park trinkets. The action included items form Boulder Dash’s rehab including the front plate to the green car.

SFNE (Melissa Pinkerton) – They talked about the new Bonzai Pipelines slides coming to the park. The trap door drop can be opened one through six or on a random drop. Thomas town is back as Whistle Stop Park with Flying Aces and the train returning. A new season pass processing location in the old Thomas Town gift shop. Adding Macho Nacho mexican food located in kidzopolis. Goliath will get its long awaited new train but in late spring. Weather guarantee will now give rain checks if the weather gets bad. Wrapped up with talk of coaster con. Nearby Six Flags parks were briefly discussed such as The Safari addition at Great Adventure and The new Texas Sky Screamer. Regretfully they spent no time updating up on The Great Escape which is adding a Flying Scooters ride. Instead of question the park had Ace members try and stump them.

Lake Compounce (Jerry Brick) – The park has renamed its water park Crocodile Cove and will be adding a wave pool. The water park will also see a new party patio, changing rooms and bringing in a Johnny Rockets food trailer. The trailer will be relocated and still used during Haunted Graveyard and Christmas events. The Lazy River will see a new name to fit the new them but I did not catch the new name.

Canobie Lake Park (Chris Nocoli) – Talked about the schedule and offerings at coaster con. Capital improvements, dodgems finished its upgrade with a new light system, electrical and art deco theme. Caterpillar got a full rehab over the winter. The boat dock was removed and a new dock was added, Pirate ship got a new ship on the old machine.
Questions, I asked about the parking lot expansion and they are looking to remove 2 houses along North Policy and will be paved adding around 350 spots. Coaster upgrade is still on hold but being planned. flume lift hill is being rehabbed and replaced. 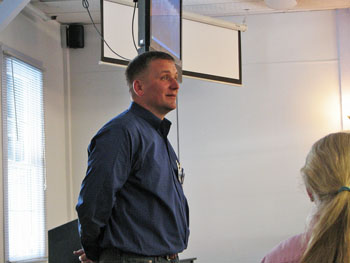 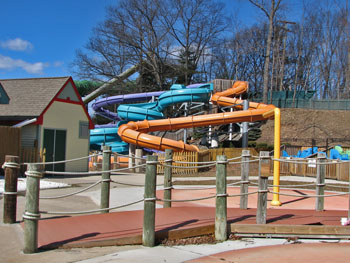 Santa’s Village – 3 new body slides, The slides were bought used and will be installed after rehab to their Ho Ho H2o area, the park will expand their fences yet again and take over a neighboring building that once held a restaurant and then employee housing. The building will become new changing rooms, a gift shop, and other water park support. The Jolly Lolly fudge shop will be expanded and rehabbed to continue work on the new downtown
Six Gun City – The park will focus on rehab of their neighboring Fort Jefferson Campground
Story land – Nothing notable is planned for this year but they are hoping to add something next year.
Water Wizz – 3 new tub slides relocated from the recently closed Thunder Falls
Liquid Planet – twin speed slides will be added.

EdaVille – Full plans have not been confirmed but the park. The park last fall moved around a number of rides and built new pads for them. The park talked about loose plan for this year to the near future that will add a steel kiddie coaster, a flume, and a number of flat rides. Confirmed and awaiting final inspection is a second steamer for the RR.

Quassy – Water park expansion, 2 speed slides, A bullet bowl and a splash pad. The splash pad may have come from the same closed water park Santa’s Village and Water Wizz got their slides from.

New Whalom – Our group continues to move forward with plans to build an indoor FEC in the memory and using items from the lost Whalom Park. A move has been made to convert the ownership to a Cooperative instead of a traditional LLC and details of this will be released soon. A new board member has been added Bill St Ives will join as the Board of Directors CEO and park General Manager his work backgrounds had brought him to parks like Whalom, Six Flags Great America, Universal Studios and Islands of Adventure, as well as the Nickelodeon hotel in Orlando. Questions – consisted of removed rides and there location. 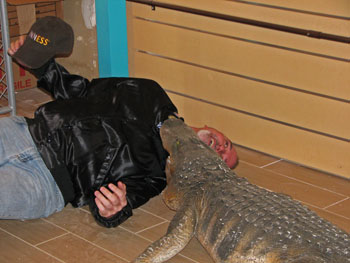 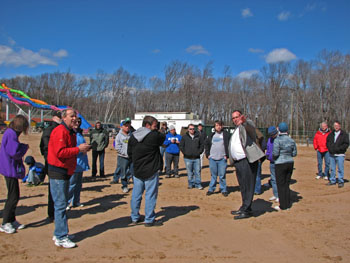 The event concluded with the presentation of the ACE New England Spirit Award which was awarded to Mike Thompson who has been involved with ACE from a regional level to a national level having written for ACE New. A quick photo op brought the first 10 recipients together.

In all this was a very well organized event withal to to offer. Attendance was a bit low. Many who normally attend opted to go to opening day at Great Adventure. It worked out well since the training room is large but can get a bit crowded. See you all next year!