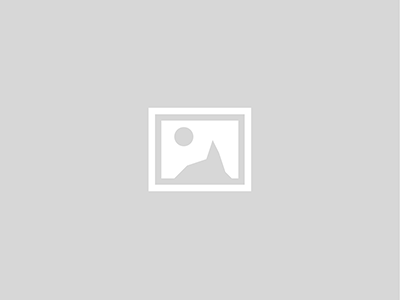 With an extra weekend of operation it made things easier to work in a trip to Six Flags New England (SFNE). Weather projection had clear skies, cold temperatures starting in the 50’s and dropping close to freezing come nightfall with no snow or rain in the forecast. I was off to the park with my brothers and sisters-in-law. For those who know me best I will pause to let you look out your window for flying pigs.

So after a seven year hiatus from visiting the park on a normal operating day, I was finally returning. Before we went we hit a local Golden Corral to have lunch. As we arrived at the park the parking lot was surprisingly empty. The crowds in the park were equally low. I waited at the ticket both to find out I only needed to present the bring-a-friend e-mail pass to the ticket booths. The outside of the park seemed a bit under themed for the Fright fest event but the note worthy displays are all inside.

I always liked the transformation of Main Street into the graveyard. There were a few basic animatronics set up here and there that are set off by motion sensors. For the most part this section is the same as when I hit Fright Fest in 2004, but the park looked nice and it was time to hit rides.

It might surprise you to hear that my first ride was not on Bizarro, but on the Six Flags Express, formerly Thomas the Train. This was a new credit for me and I figured I’d hit it before heading further into the park. In fact out of my first 5 rides, 3 of them the park considers kiddie rides. After hitting Thunderbolt and Bizarro, we hit Kidzopolis. The Krazy Cars (formerly) Big Red Cars moved well and were roomy. I think it would make a great dark ride system, but overall seemed a bit of a pointless attraction with Route 66 antique cars next to it. This ride was also a walk on while Route 66 had a solid line. We also tried the ZoomJets (formerly Big Red Planes) which was an ok attraction, but it had horrible movement. It was slow to lift or drop using the control button. There is no bar like you found in the old plane rides

The rides were operating ok for the most part. Coasters nearly all had a noticeable shake, Bizarro and Mind Eraser having the worst. The Cyclone ran reasonably good on the newly tracked section but shook through the remaining sections. Thunderbolt was impressive and Batman was smooth but I noticed the trim brake was hitting harder then I last remembered. The Zero G roll was a bit lacking but the interlocking corkscrews were smoother. Flats ran well but I didn’t bother riding Scrambler and Joker simply because they were being operated so slowly, they weren’t worth even a cycle wait. I also skipped Poison Ivy which was producing a horrid roar as the train operated. I have never heard a Zierer make so much noise. The flat I opted to ride ran well and were fun

For Halloween they changed three attractions to fit the season:
Voodoo Vortex was the park’s Kontiki (Chance Flying bobs) attraction with lights and strobes. A couple of the lights seemed to be off and while I was exiting I noticed a fog machine. I assume it was for the ride but it wasn’t runing. The ride also got a custom soundtrack.

Rage in the Cage was the park Bumper car attraction with backlights. The walls were set up with paintings of Zombies.

Terror Twist was the Tea Cup ride. Part of the attraction was trapped off to make the gazebo darker. The attraction used two effects a star burst laser effect and strobe lights. The ride operated to rock music but nothings specific to the seasonal attraction.

Sections of the park were set up as themed scare zones. I already mentioned the graveyard along Main Street. The park added 4 more Scare Zones around the park.

Area 51 was set up in Rockville. This is a long standing scare zone that replaced CarnEvil of Chaos. While this is a great theme the area has gone way down hill. The park no longer affixes the UFO to the building side. There seemed to be less theme lighting. Most disappointing is that the vortex tunnel mini haunt/attraction is no longer used.

Tombstone Territory was the Halloween theme for Crackaxle Canyon. The area saw only a little change with a graveyard by the water feature and a lot of cheesecloth on the buildings. Midnight Mansion was set up in the Houdini ride building and the bumper cars were themed.

Demon District was set up in the South End. The Slayer animatronic form the 2004 Water park haunt was set up and operating along with a few other sets. There was even am out of place clown display. What was nice was a small extra walkthrough a short box set up with fences that at night had a chain saw guy and another performer.

Undead Alley was new for 2014 and set up in the north end. This Scare zone had the best entrance display but the rest of the displays were a bit weak. There was a cool animatronic and they renamed Pandemonium, but the coaster got pretty much no themeing. I did like that they added LED lighting to the coaster, hopefully that stays. The area was also the home of the overly hyped Lightmosfear. It’s a tiny set up behind a fence with colored flood lights, an animated light face, and a cascade light run which can animate a few things. I expected more from all the talk and it was also practically identical to a display Canobie Lake has had for 4 years.

Fright Fest This year offers 3 Haunted houses; Midnight Mansion, Wicked Woods, and Total Darkness. I had intended on hitting the haunts when I went and I knew they were an upcharge. I found out after entering that without a season pass it was $20 dollars for 3 haunts. That’s a bit much for a dark haunt and 2 longstanding short haunts. I later heard more than a few complaints about how horrible the haunts were so I think I made the right choice.

While it was the last day the employees were for the most part energetic. They tried hard to get the rides set and running with the expectation of a very slow load on Bizarro. For the most part the park was operating well. The only things I saw operational wise that was really aggravating was they started braking down the park for the season while the park was still open. I can ignore a cart or even a bunch of corn stocks but at one point two members of our group went to sit down but as they walked over to a bench two employees snatched it up and loaded it onto a cart.

As for shows we only managed to hit The Awakening which was a very good show. It was set up in the front of the park and lacked spots were you could see well. We saw one song for Lightmosfear. We did see or pass by a few others; Scareoke, Morts Used Coffins and Creepshow Freakshow. Unfortunately the show I would have really wanted to see, Illusions of Terror, was not playing the last weekend.

I was hoping to get a second ride in on Thunderbolt but it closed early. Scream also shut down early, 30 minutes early. We made our way to Bizarro and marathoned the ride till closing. We managed to get the second to last train of the night. Boy was it cold; fingers and face were pretty raw but what fun. On our way out we noticed they were letting on a last minute after house cycle of the carousel so that became our last ride of the night.

In all it was a good day. They really need to work on their flat selection. The park is operating better than many of my trips in 2005, but the park as a whole was much better then. With Any luck it won’t be another 7 years until I visit during the main season again.